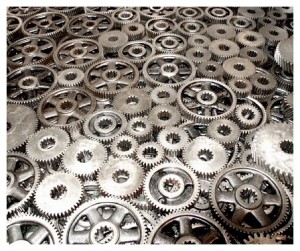 A basic Django installation keeps its global variables in a file called settings.py. This is perfect for simple deployment because it allows the developer to overwrite Django variables like INSTALLED_APPS or SESSION_ENGINE very easily. You simply update the variable like so:

From within the shell, you can see the result:

Many people have two environments in which they work, and therefore a typical settings.py file will have something like this at the end:

Now, if you enter the shell like you did above and request settings.SESSION_ENGINE, you’ll get ‘django.contrib.sessions.backends.cache’. This is very handy because, in a typical situation, you can have a settings.py file which works for all your environments and then have a local_settings.py file for each environment that overrides the variable values.

Problems with the Standard Settings files

Unfortunately, in this scenario, variables from the settings.py file cannot be interpreted in the local_settings.py file and therefore, you couldn’t do something like this:

In this situation, you’ll get a NAME_ERROR in which INSTALLED_APPS is undefined rather than  (‘django.contrib.auth’,’debug_toolbar’,).

What we do at Yipit is to put all of our variables in a settings directory:

This allows us to create an init.py file for all the variables that are the same across all environments. The init.py file requires no imports (except whatever you may need from Python itself, or other libraries). Then, each file imports from init.py in the way you might imagine:

Note: If you’re not that familiar with Python, ‘from settings’ accesses settings/init.py.

In more complex scenarios, you may also want to inherit settings from files other than setting/init.py, and this system fully supports that option. For example, you may have a settings/staging.py files that pulls from settings/init.py and then settings/development.py could pull from staging. It’s really up to you.

This approach has some shortcomings, notably that you can’t dynamically change variables - but that’s really not the point of settings. Now, you can change variables on a per-environment basis like this (in, say, development.py):

Which will set INSTALLED_APPS as (‘django.contrib.auth’,’debug_toolbar’,). Here is our manage.py file:

If we make further changes to our settings configuration, we’ll do a follow-up post. Some modifications we are considering:

If you have a different way of handling settings, we would love to hear from you in the comments below.

Adam Nelson is CTO at Yipit.

To find out about future posts, you can follow along using