How to Prevent Memory Bloat in Mongo 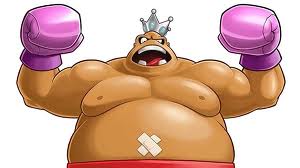 Several months ago at Yipit, we decided to cross the NoSQL rubicon and port a large portion of our data storage from MySQL over to MongoDB.

One of the main drivers behind our move to Mongo was the composition of our data (namely, our recommendation engine system) which consists of loosely structured, denormalized objects best represented as a JSON-style documents. Here’s an example of a typical recommendation object.

How Key Expansion Cause Memory Bloat

Because any given recommendation can have a number of arbitrary nested attributes, Mongo’s “schemaless” style is much preferred to the fixed schema approach imposed by a relational database.

The downside here, though, is that this structure produces extreme data duplication.  Whereas a MySQL column is stored only once for a given table, an equivalent JSON attribute is repeated for each document in a collection.

Why Memory Management in Mongo is Crucial

When your data set is sufficiently small, this redundancy is usually acceptable; however, once you begin to scale up, it becomes less palatable. At Yipit, an average key size of 100 Bytes per document, spread over roughly 65 million documents, adds somewhere between 7GB-10GB of data (factoring in indexes) without providing much value at all.

Mongo is so awesome, on good days, because it maps data files to memory.  Memory based reads and writes are super fast.  On the other hand, Mongo is absolutely not awesome once your working data set surpasses the memory capacity of the underlying box. At that point, painful page faults and locking issues ensue. Worse yet, if your indexes begin grow too large to remain in memory, you are in trouble (seriously, don’t let that happen).

You can get around this memory problem in a number of ways.  Here’s a non-exhaustive list of options:

After you’ve checked off those options, you may still wish to cut down on stored key length. The easiest path here probably involves creating a translation table in your filesystem that compresses keys on the way to Mongo from your code and then decompresses during the return trip.

For simplicity sake, a developer could hardcode the translations, updating the table on schema changes.  While that works, it would be nice if there were a Mongo ORM for Python that just handled it for us automatically.  It just so happens that MongoEngine is a useful, Django style ORM on top of the PyMongo driver.  Sadly, it does not handle key compression.

As a weekend project, I thought that it would be cool to add this functionality. Here’s an initial crack at it (warning: it may not be production ready).

The docstrings and inline comments are fairly extensive, but I should repeat a couple of main points:

Here is a working example of the code (you’ll need to add an abstract class to make this work).

When you define the TrialDocument Class, this document will be created in a collection titled, “trial_document_mapping”.

If you were to then remove the judge field from the TrialDocument and add a reporter field, you’d get the following:

If you were to then go into the shell, you could interact with MongoEngine like this:

Success! We’ve got compressed keys. Just one thing before we go. Beyond key space optimization, this is also a quick primer for smart value storage. Never use long string field values like this if you can help it (we can definitely help it here by using integers).

Hope that’s interesting and (even better) useful. I’ll try to update this post once I’ve worked out all the kinks with embedded objects and sped up the class instantiation process.

Ben Plesser is a Developer at Yipit.